Any ideas how can I change the visual configuration of the menu in Cinnamon?

Does anyone know how can I change the current geometry of the Favorites column in the menu? I asked on Mint's forum but 40 views later there's still no answer, so they probably don't know.
I wanna make it use the free space under the categories, so that it can accomodate more icons. The current geometry of Favorites is gradually becoming not enough for me and resizing the icons in it doesn't help much. First, they become too small to distinguish and secondly, I also tried resizing the Favorites column through cinnamon.css but that didn't change much, except that it made the icons to shift positions and parts of them were cut. So I'm thinking if the menu was created in the first place, maybe I can use the same method to change its visual configuration. I just don't know what program to use (if any). 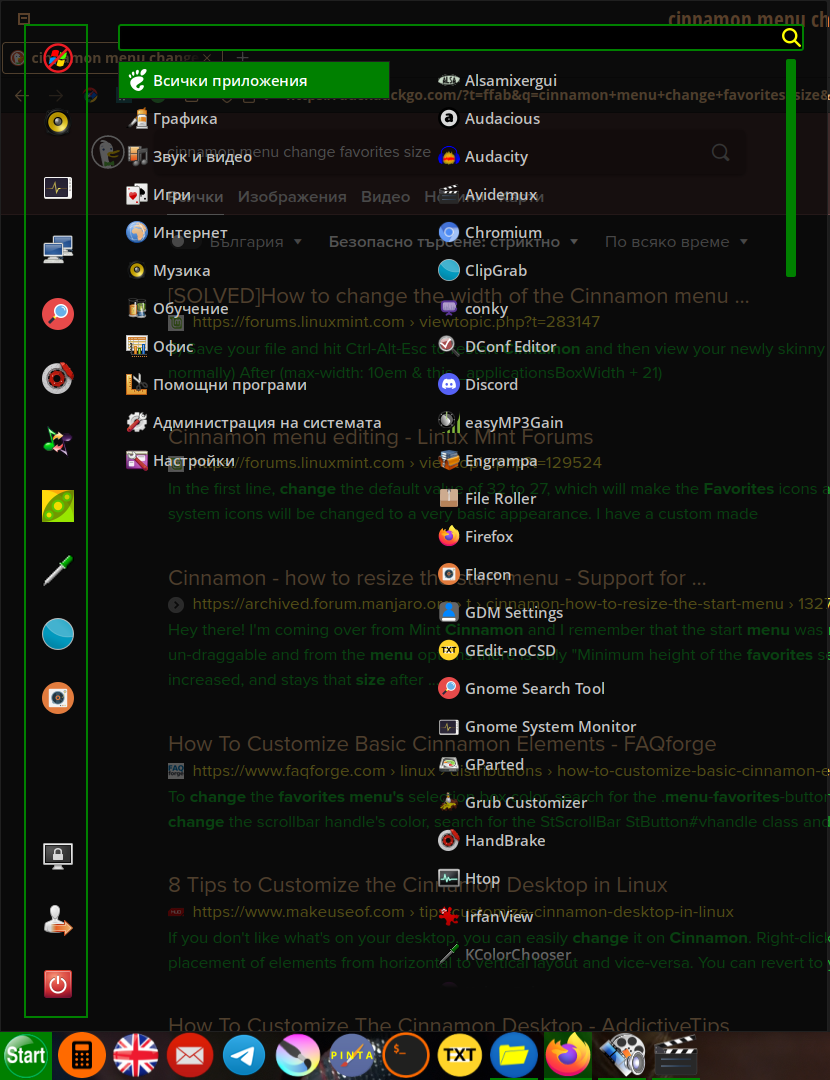 Probably you can. But it depends with the theme you using. You must go to the theme's folder and find cinnamon.css file. Open it with a text editor and try to find the related option.
Here is a tutorial to customise some elements and will give you an idea for what to search: How To Customize Basic Cinnamon Elements

Though Cinnamon comes with a settings tool you can not yet customize it to the fullest. This is because it still is under heavy development and it is even not yet recommended to create super-creative themes, since it is likely that functions will be altered or added in the near future...

www.faqforge.com
The theme you using maybe is installed in /usr/share/themes. If is there then you will need root rights to save the file. Otherwise it will be in your user' s directory in .local/share/themes and if is there you can edit it with normal user rights.
You must log in or register to reply here.
Share:
Facebook Twitter Reddit Pinterest Tumblr WhatsApp Email Share Link
$100 Digital Ocean Credit
Get a free VM to test out Linux!