So i think the title says it all. I want to start using a new terminal in order to be more efficient as i end up opening too many terminals and its kinda slow too. I was thinking about various ones like tmux terminator guake and a few others. I was wondering if you guys can recommend any of them. tmux looks useful but the learning curve is very steep.

I use st, which is suckless-terminal. It’s usually packaged as stterm in most distros. But I’ve always built and installed it from source from suckless’s git repo.
Minimal dependencies, no bloat. Builds and installs in seconds.

I use bash as my default shell.
And I use (and highly recommend) tmux plus a tmux plugin called tmux-yank (which allows you to use tmux’s copy paste mechanism to yank/copy text to the system clipboard, instead of tmux’s copy/paste buffer.

tmux allows you to manage multiple terminal sessions from inside a single terminal window. There is a bit of a learning curve, but it’s worth it!!

You can also use scripts to set up tmux sessions, with different layouts for different projects.

You can also download things like tmuxinator, which is a Ruby based system which allows you to create and manage different tmux session layouts for different projects. And start/stop those sessions.

Also, it’s worth noting that st doesn’t have any kind of scroll-back mechanism. But I always run tmux when using st and use tmux’s scroll back mechanism, which is built into its text selection mode.

Also, being a hardcore vim user, I also use set -o vim in my .bashrc, to use vim-style keyboard shortcuts in the terminal, instead of using the default emacs style keybinds.

I use the terminal a lot. I use terminal based controls for pulseaudio and ALSA. I use cmus to play music (and stream internet radio) from the terminal. Mutt for local system email. Etc.

Another notable terminal is terminology - part of the enlightenment desktop project.
I’m not a huge fan of the traditional point and click desktop paradigm. So I don’t really like enlightenment much (or gnome, unity, xfce, kde etc etc.). I use dwm - a tiling window manager.
However, I really do like Enlightenments "terminology" terminal emulator. It has some neat built-ins like tcat, which allows you to cat images, videos and music files to the screen.
When you use tcat on an image, the image is displayed in the terminal window. If you tcat a video, or a music file, it will open up a media player inside the terminal and play the media.

There are even extra commands to set an image, or video as the background for the terminal window.
And using the tls command, (terminology’s extra ls command) you can see icons for files next to the textual listing.

Very flashy and very nifty. But I didn’t really use it much so I uninstalled it!

Thank you very much for sharing i might look into some of these programs.
K

I like the feature-sets with both. They're fairly similar. I do not need much out of my terminal, just a place to enter commands.

Side note: I always have three things open. A browser, an email client, and a terminal. I open all three immediately after booting.
We actually have some rules.
Hey, how long have you been using Linux? Please see the poll (and vote) at this link.
Learn how to ask a good support question (UPDATED!)
I have decided to offer inexpensive Linux-based web hosting.

I use URxvt with zsh shell

I've tried all the terminals I could find on Slant but tbh the only terminal emulator that seems to be made for me is Gnome-Terminal. It has all kinds of settings that allow me to customize it and make it look the way I want, along with the font, colors, background and so on. Not to mention it's one of the few terminals which accept my aliases without prejudice. 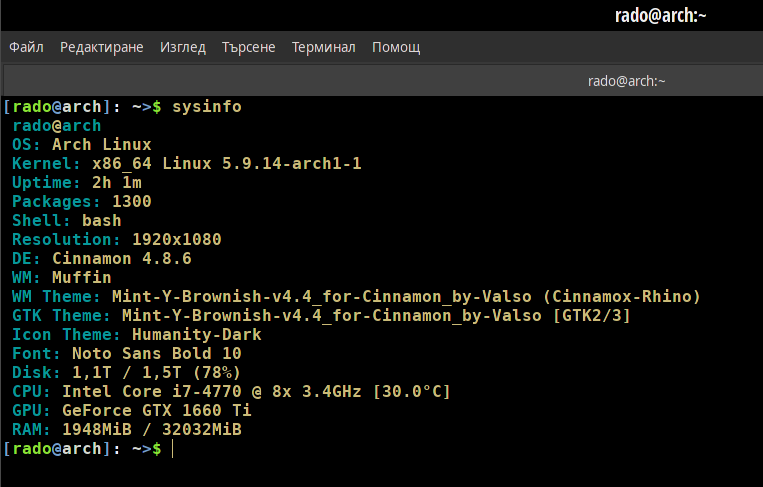 I Like Xfce Terminal and Terminator
Currently running Expirion Xfce
based on Debian 11 Stable
https://sourceforge.net/projects/expirion-linux/

I run 67 Linux on this rig, and both of these allow me to customise the title bar in the Terminal so that I know what Distro I am on, and where 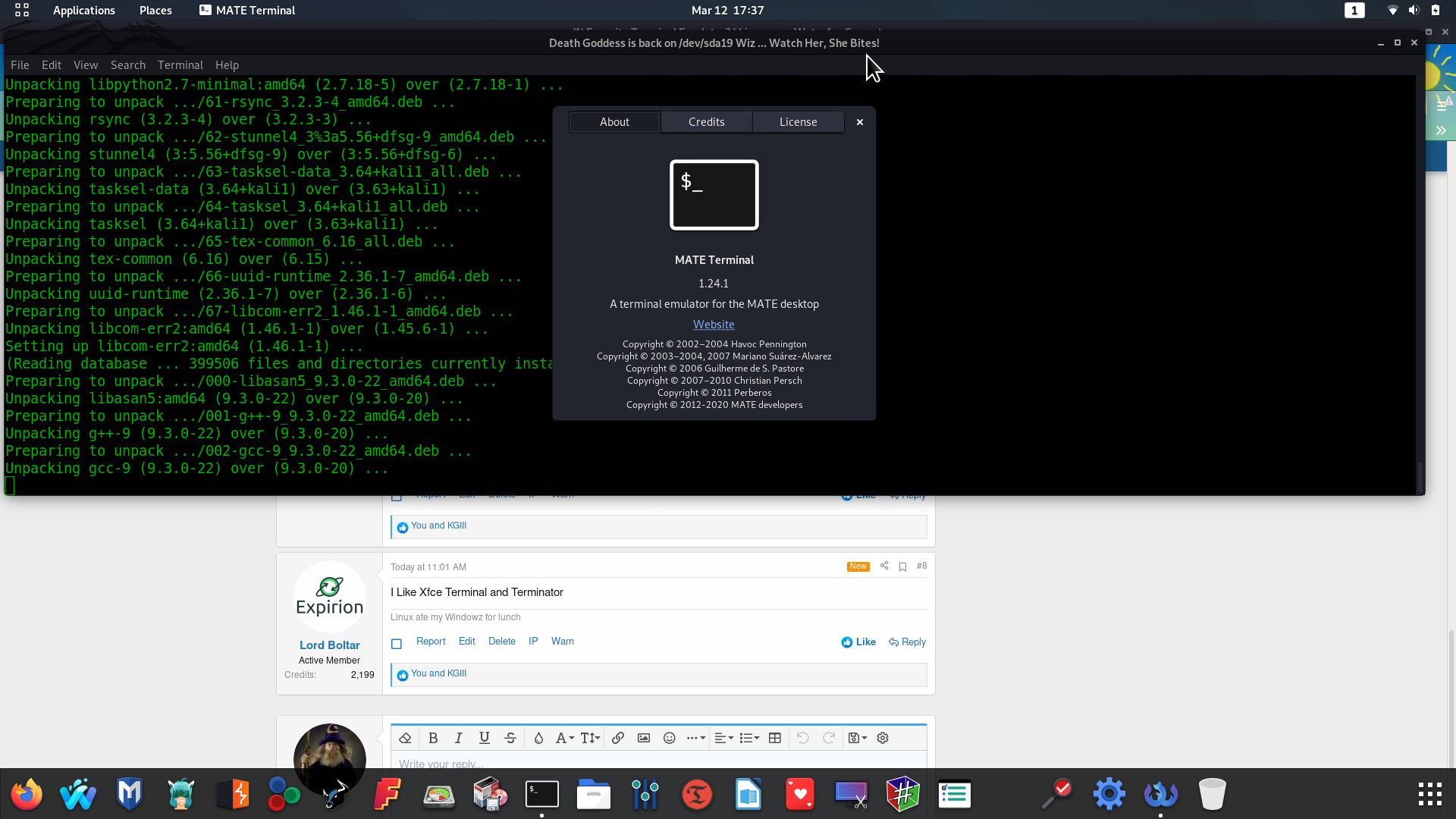