I am not sure if this is the correct place to post this but here goes. I am currently running Ubuntu Server 20.04 LTS on my server at home. I have tried different types of game server managers for linux but found some of them to have very little control or be too difficult to use so I have reverted to my old method of doing servers which is creating two or three scripts per gaming depending on the game and using systemd to manage the servers. I am now looking into doing a new method but I am not sure how to achieve it or what to use to get it to be the way I have in mind. So here goes my best explanation of how I envision it working.

Game server running in something like docker where everything is contained and separate from the main OS. Each game will have base game files inside a image or container and then any changes gets applied to a layer of some sorts allowing multiple instances of the same image to run without having multiple copies of the server while still keeping persistence of the changes almost like a linux live OS would do. I have considered using docker but I have no idea how to even start with docker. The upside to a single base file image of the game is when the game server has an update you can stop all the instances, update the base image then start them again without needing to update each individual instance. A good example of a game where the files might be changed for one instance and not the other would be if you are to run a Rust server. One vanilla and one with uMod, uMod replaces game files so there is where the layer comes in where the files are only changed for the one running uMod and will not affect the files for the vanilla while still needing only one copy of the entire game files. Please can someone point me in the right direction of what to do and how to do it as I will be building multiple game servers for all the games we play and some of them require wine to run as the game server is only in windows and not for linux(These game servers I have got running perfectly using wine using scripts).

I have seen this mentioned a few times: 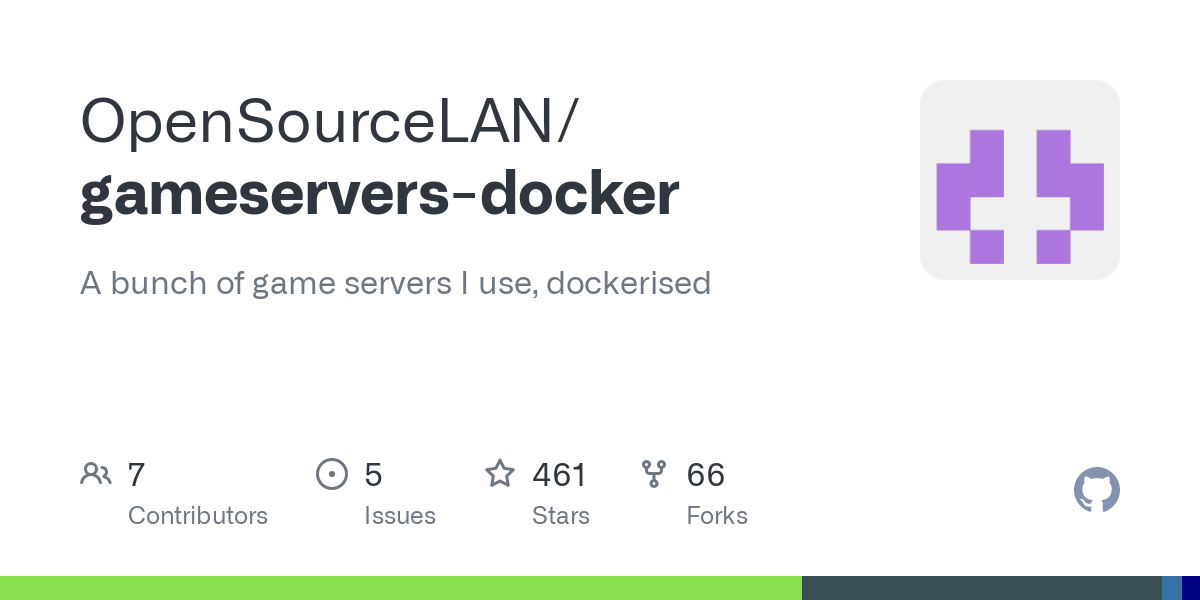 GitHub - OpenSourceLAN/gameservers-docker: A bunch of game servers I use, dockerised

A bunch of game servers I use, dockerised. Contribute to OpenSourceLAN/gameservers-docker development by creating an account on GitHub.

I'm not a gamer, but there are tons of tutorials about getting those up and running.
We actually have some rules.
Hey, how long have you been using Linux? Please see the poll (and vote) at this link.
Learn how to ask a good support question (UPDATED!)
I have decided to offer inexpensive Linux-based web hosting.
OP
S

So I have started working on this using Docker and created some dockerfiles, I am having trouble getting wine and steamcmd to work inside of docker. I can install them both, install the game and get the game to run but for some reason it does not register the game as it should. I have tested the game inside a debian buster vm and it does work inside there however inside docker I am not getting it to work as if something is missing or not correctly configured. Anyone have some suggestions?
You must log in or register to reply here.
Share:
Facebook Twitter Reddit Pinterest Tumblr WhatsApp Email Share Link
$100 Digital Ocean Credit
Get a free VM to test out Linux!