This course stands out from the rest because it doesnt simply have you parrot commands, but it acutally teaches you how commands are out together.

It will teach you about commands, options, arguments, input / output redirection, piping, using the tee command with piping, making alias's , bash scripting concepts and an excellent overview of the file system
Click to expand...

How about Fedora? Will it be usable, out of the box without learning new commands?

I want to learn about Linux not based on Ubuntu/Debian.

Have already tried Solus, but the updates break programs, so it doesn't work for me.

Not interested in Linux that's just as unreliable as Windows.

another exellent course from udemy Learn linux in 5 days:

this is a link staright to onedrive where the video course is there to download for free!

It will be applicable to all linux distros. The commands are mostly the same on all distros , its the pacmanagement commands that vary. any basic commandline course should be fine for any distro. after all like the saying goes "Linux is Linux"
L

smooth_buddha said:
It will be applicable to all linux distros. The commands are mostly the same on all distros , its the pacmanagement commands that vary. any basic commandline course should be fine for any distro. after all like the saying goes "Linux is Linux"
Click to expand...

I found out sometimes the graphical way stops working and the command line way have to be used.

In the old days when Windows got messed up, I just reisntalled it. Don't want to go back to that mess.

Not quite probably more accurate to say " Ubuntu/Mint is Debian " so they share last time i looked same command :
apt-get
apt search

may i ask are the commands an actual part of the linux kernel, or are they classed as seperate apps/programs and simply bolted on into a package when a distro is made up???? ive been trying to learn the file system , is the /bin and/sbin where all the commands are stored??? do the commands have anything to do with the kernel????

let me add my favorite "bedtime reading" to your resource list : http://www.kroah.com/lkn/

if you have a look at :
http://www.slackware.com/changelog/current.php?cpu=x86_64 it will give you a clue whats involved.

I guess its somewhere between an "art" and deep tech knowledge that someone someone like Pat Volkerding needs to be able to put together a Distro. Its a case of getting together stuff .. compiling and the art of integrating everything so that the whole lot runs.
Slackware and Vanilla Arch user
S

thanks for the kernel book recomendation. that has been added to my linux books!

as for that slackware changelog!!!!! its incredible how often its updated! Its like there will never be perfection,an end point of completion...just a constant eternal evolving and upgrading .

just out of interest have you ever seen the documentary about Terry A. Davis - the man who single handedly built his own operating system called "Temple OS". its quite a story and quite an operating system! It took him 10 years to build!!!!!

somebody used the analagy that his operating system was the equivelant of a 1 man built skyscrapper!!!
Last edited: Mar 1, 2020
S

PRINT THIS OFF, HANG ABOVE COMPUTER!
commandline cheat sheet! This site has plethora of linux exercises, projects, problems and tests 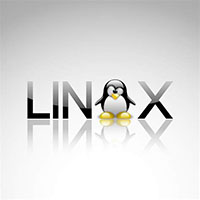 This following resource is amazing! A treasure trove of knowledge!!!!

This is called: THE BOOK OF SECRET KNOWLEDGE! 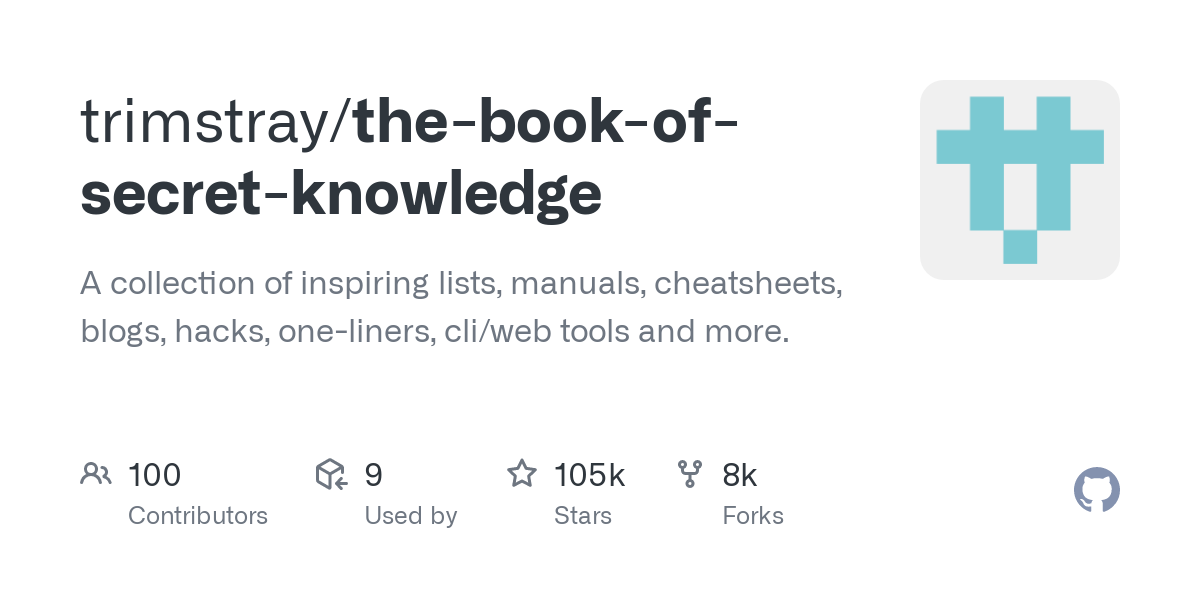 enjoy this goodie!!!!
a huge github collaborative info repository of :

smooth_buddha said:
This following resource is amazing! A treasure trove of knowledge!!!!

This is called: THE BOOK OF SECRET KNOWLEDGE!

enjoy this goodie!!!!
a huge github collaborative info repository of :

What are good sources to learn Fedora commands?
S

heres an article that outlines the main differences between fedora and ubuntu.

Or, you can also make it appear on your desktop by writing a simple script and using feh to show the cheat_sheet. The script will look like this:

Code:
Then go to your keyboard settings and assign whatever key-combo you want to trigger the action, i.e I used Alt+K and the result will be something like this 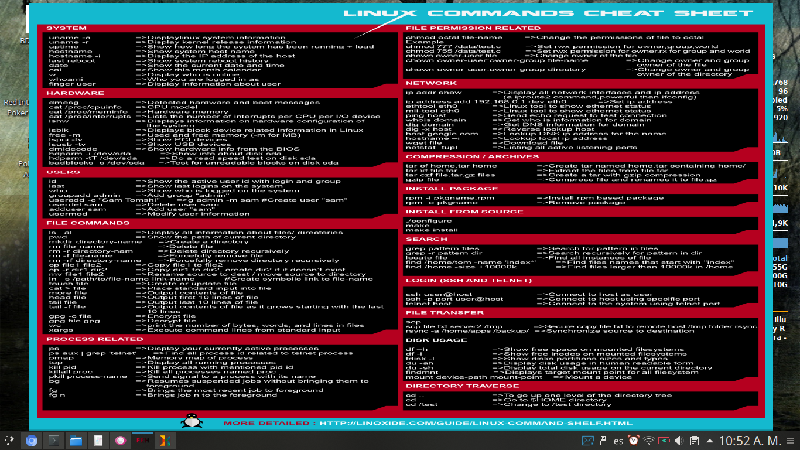 To stop/hide press your key-combo again and that's it. I created my own cheat_sheet to show my many, many key-combos since I like using my computer that way, then wrote that script so given I can't recall which key-combo does what just make it show on my desktop. I hardly ever use the mouse but only when can't do what I want to via keyboard. I even use vimium extension on chromium as well so I can use it via keyboard too. Not a fan of clicking

EDIT: Sorry, I forgot a couple of things. After creating the script, make it executable with
Code:
and confirm that it works the way you want it to, you should create a desktop.file for it and place it in your .local/share/applications dir. The file should look something like this

Code:
Now it should appear on your apps menu as another regular app and you should be able to assign a key-combo to launch it.
Last edited: Mar 5, 2020
without each other's help there ain't no hope for us!
Need a translator? https://www.deepl.com/es/translator
This is a nice distro https://www.q4os.org/
L

smooth_buddha said:
heres an article that outlines the main differences between fedora and ubuntu.

any of the above resources will help you with commands for fedora
Click to expand...

Thanks that is very helpful! I just found that sometimes the graphical user interface don't work and then the command line do work.
S

your welcome. yeah i know what you mean with the GUI and commandline. I find thats when i learn the most, when i get stuck or have some kind of problem i cant solve- it forces me to do some research, ask quesitons and make new discoveries. Its what makes learning linux fun in my opinion. i really feel that the way linux is made and works makes one learn more about their computer and how it works. Theres always something new to learn!
S

Did you see my problem, under "Other distributions" and "Forgot Password"?

This is a great resouce for basic linux skills, security and networking knowledge. 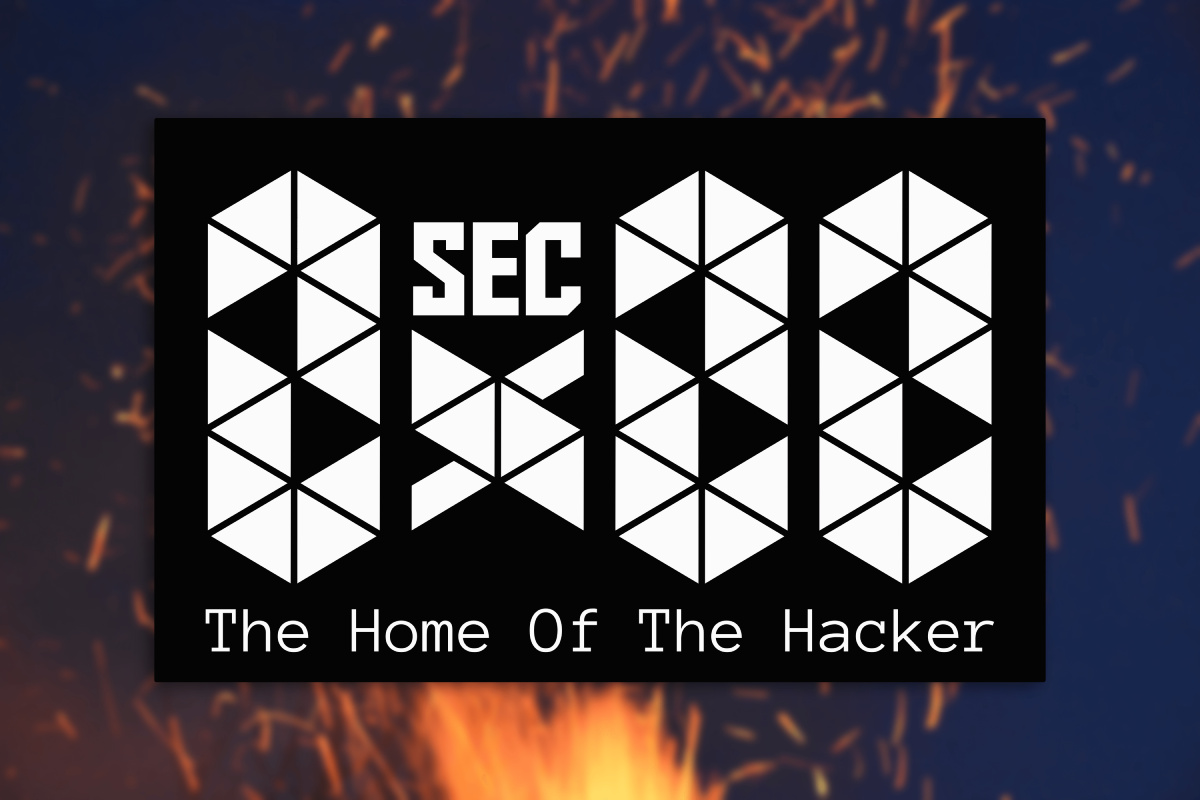 How To Become A Hacker From Scratch [Full Guide]

Hello, 0x00’ers! I am @BL4CKH47H4CK3R , My post is mainly for Beginners who have no idea about hacking & wants to learn Linux to be a Hacker or Penetration Tester. Here I am telling you the exact proper ways to become a successful hacker There are many useful resources on the internet to start...


Rather than learning hacking to hack and be mischeivous, learn how hacking works so you can increase your knowledge base of your system, networking and security. Hacking encompasses a very broad spectrum of computer science.

Its a "how to become a hacker from scratch guide". Whilst i don't condone or endorse hacking for perosnal gain. One aspect of hacking that is often overlooked is the skill set required to perform feats of hacking. Good hackers are masters of their system, networking, security, data forensics, encryption, programming, hardware and software. To be a good hacker is another way of saying you know a lot of shit about computers and computer science!

whether your blackhat, white hat or grey hat hacker......

there's 2 types of hackers: kids who download hacking tools and use them on their friends and enemies and in some cases steal credit card and personal info for personal gain. These are people who are like a 'monkey with a machine gun', they wield very powerful tools but don't really have a clue how they work and what they are doing.

the second type of hacker is the the true hacker. A person who has a deep understanding of networking, security, data forensics,programming languages, storage, severs, sys admin skills, enctryption , various operating systems ect ect. These types of hackers are the ones that can make they're own tools and scripts and adapt to their problems and are usually elite penetration security testers and these are the guys who realise "with great power comes great responsibilty"!
L

I never thought that at some point in time I would have to hack myself, because of poor memory!