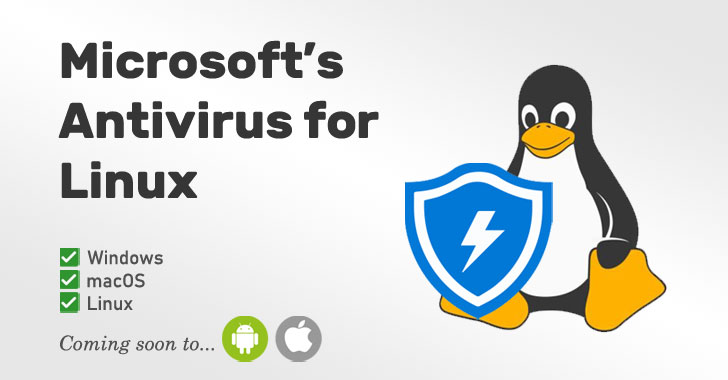 If this news hasn't gotten you excited yet...

We know our customers' environments are complex and heterogeneous. Providing comprehensive protection across multiple platforms through a single solution and streamlined view is more important than ever," the company said.

"Next week at the RSA Conference, we'll provide a preview of our investments in mobile threat defense with the work we're doing to bring our solutions to Android and iOS."

I am sure you might have heard this many times that 'Linux doesn't need antivirus software,' but this is not the case anymore.

READ ON
Condobloke ...Outback Australian :: LINUX IS THE ANSWER....LINUX MINT used EXCLUSIVELY here.
duckduckgo gives better technical answers, there's no incentive for it not to do so
Live simply. Love generously. Care deeply. Speak kindly …. Especially in C19 times.
It has been said that time heals all wounds. I don't agree. The wounds remain. Time — the mind, protecting its sanity — covers them with some scar tissue and the pain lessens, but it is never gone. Rose Kennedy.

Sadly, Microsoft defender is absolutely useless and does not detect any threats, I know from my previous experience with Windows. The only thing it is truly capable of is blocking any unsigned EXE, creating frustration from having to disable the AV and redownload said EXE.

Agree.And when it comes to Linux, why? An antivirus, in Linux, is a waste of CPU cycles. Yes, it is possible to catch malware, but those come from NOT keeping the kernel and apps updated, and NOT practicing sane computing practices.
The next brick house on the left ...
HP-ENVY-x360, i7-1165G7, 12GB, 500GB, Kubuntu 20.04.2 LTS, 5.8.0-41-generic x86_64
DISCLAIMER: I do not dual boot with Windows, and never will. I use Windows at work, because life is hard but the paycheck is good.

I am sure you might have heard this many times that 'Linux doesn't need antivirus software,' but this is not the case anymore.
Click to expand...

Nor do we need M$ getting into Linux!
Look very closely to Nature and you will understand everything better. --Einstein
D

Even if Linux needed antivirus I wouldn't use a Microsoft product.
K

So is there going to be a apt.microsoft.com cydia repository?
ha, Microsoft isn't going anywhere in iOS!

Defender is an app that tracks user activities. windows analyzes user data in all aspects. Then it makes the most contribution to global follow-up like NSA. The result: America sees everything and is satisfied.

Installing Defender on a free platform like Linux is the same as putting a trojan horse in the system!
K

warlockk said:
Defender is an app that tracks user activities. windows analyzes user data in all aspects. Then it makes the most contribution to global follow-up like NSA. The result: America sees everything and is satisfied.

Installing Defender on a free platform like Linux is the same as putting a trojan horse in the system!
Click to expand...

Agree. Windows defender is very difficult to turn off and it consumes lots of CPU, up to 80% sometimes.

I've said it before and I'll say it again, I don't trust MS. They have a way of befriending companies, injecting their propriatary code into it, then forcing them into being bought out or sued to death. I know that was under the old MS boys club and Satya didn't come from that, but I still don't trust them. And who needs MS in Linux anyway? With the exception of a few apps and some games, we have everything we need/want without MS.
Neon 5.18 or Fedora 32
D

Leave Linux be.
Linux is fine as it is.

Garbage. Defender can not protect itself I do not recommend anyone .ClamAV already exists for Linux. Ideal for malware detection.
D

ClamWin Antivirus was my choice when I was using Windows XP and Windows Vista and it was A-OK as an on demand virus scanner.

I guess it has its place in Linux to scan questionable files from Windows users prior to being downloaded.