Shows some of the difference between Fedora and other distro's.
While this review doesn't give Gnome 4.2 high marks (I agree and avoid Gnome )
it does mention other Fedora spins.
You're all in trouble when I find my Illudium Q-36 Explosive Space Modulator.

I love Gnome, use it as my DE and I find Gnome 42 is a lot better than previous version. I also find the performance with Gnome to be great.

Better review than the Distrowatch one.

DistroWatch.com: Put the fun back into computing. Use Linux, BSD.

News and feature lists of Linux and BSD distributions.

KDE all the way

Thanks for another channel for me to watch! He seems to take a thoughtful approach to his reviews; a bit different from most other reviews.

This particular review, while well done, is really just another desktop review. Yes, the desktop is perhaps the most visible aspect of daily computing, but everyone does desktop reviews. Also, I can install vanilla Fedora, and just install Cinnamon or KDE from the repos. Why do I need a spin?

I'd like to know what makes Fedora 36 so much better than 35, under the hood. What are the major changes that aren't immediately visible? Why do I want to use a Redhat based distro, rather than a Debian one, or visa-versa? Once you get past the top layers, what are the BIG reasons to use one distro/family over another?
OS: LMDE, Fedora | Distro, not Desktop. | Solve your problem? Mark your thread SOLVED!
===============
Tidbits: Colorize Nano
Scripts: readlink-all.sh | bat.sh | ls-octal.sh
OP

SlowCoder said:
I'd like to know what makes Fedora 36 so much better than 35, under the hood. What are the major changes that aren't immediately visible? Why do I want to use a Redhat based distro, rather than a Debian one, or visa-versa? Once you get past the top layers, what are the BIG reasons to use one distro/family over another?
Click to expand...

I have to admit the lines are getting blurred in a lot of areas. I don't know that 36 is all that much better than 35.
Here is a list of changes. https://fedoramagazine.org/whats-new-fedora-36-workstation/

Why use RHEL vs Debian.. ( you could include Arch as well ) the question of the ages.
We do people choose Ford over Chevy, or Apple over Android, or Blondes over Brunettes?
I think "usually" it's just bias or prejudice. My daddy always drove a Dodge, and my Grand-daddy always
drove a Dodge, so that's what I'm going to drive by George.

I think the second reason is familiarity. We tend to stick with what we know. If you started out on Android, then
switching over to an iPhone is a pain in the rear. You have to learn different, buttons, different swipes,
it's not necessarily harder... just different. The hard part is learning the difference.
My guess is... probably all of us here have some experience with Micket$oft Windoze or Apple Muckintosh.
There was a learning curve to get use to Linux. Some people don't like change, and never try try Linux.
Some that do try it... think the change is too hard and they give up.
So if I started out on a RPM based distro, I'll probably stick with it. The same for APT based distros.

The 3rd reason... and to me personally a more valid reason than the ones listed above... is ease of use.
Ease of installation. If too difficult to install or use, guess what... I don't use it. I go back to what I know.
I like Proxmox as Virtual Host platform, but the newest version won't install on my server. Complains
about video. So... I'm not using it anymore.

The 4th reason is stability. I often hear people say this distro is more stable than that distro.
While there is some slight truth in this, the majority of this is just plain BS. The Linux kernel has gotten pretty stable these days, no matter which distro you run. All the big boys... (Ubuntu, Mint, Debian, Arch, Fedora, RedHat, SuSE, etc..)
pretty much have their stuff together, and none of them are "unstable". Whenever someone says this distro
or that distro is unstable... 99% of the time it just goes back to your bias again, listed in reason 1.
Having said that Redhat owns 70% of the Linux server market for a reason, If you count the Redhat Clones
(CentOS, Rocky, Alma, Fedora, etc..) it's probably closer to 90%. 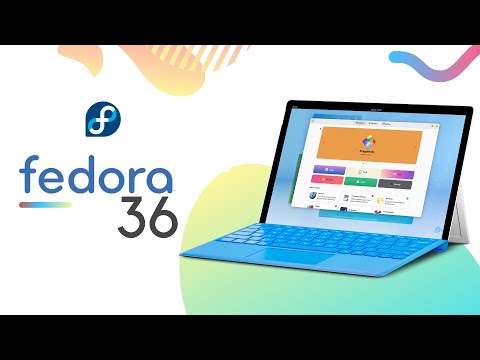 Fedora 36 Released! And it is SERIOUS Competition to Ubuntu! (2022)

Fedora 36 is out and it is packed with fantastic new features. We get the flashy new gnome 42 with its new GTK 4 apps and stunningly gorgeous dark mode. We g...

Disclaimer: Linux reviews are like BIble teachers... You can pretty much find one that agrees with the point of
view that you already have. For some reason it is difficult for us to have open - unbiased minds.

Last edited: May 28, 2022
You're all in trouble when I find my Illudium Q-36 Explosive Space Modulator.

dos2unix said:
I have to admit the lines are getting blurred in a lot of areas.
Click to expand...

I think my big point was to say, all of the videos talk about the GUI. How great it looks, how easy it is to use ... how smooth the animation is, yada yada. I'm past that; I've been a Linux user since the early 2000s. I want videos that explain what's really so great about the distributions, under the hood.

I think, in truth, most of the main distributions/families are really all pretty much the same. Once you get to the nitty gritty of it, there's not a whole lot of difference in daily use between them. They are all stable, relatively secure, and have good, complete repos. When new videos are produced, they might gloss over some of the "under hood" stuff, but the concentration is on the desktop. "look how glitsy-glamourous the new Gnome or KDE is! You should switch, NOW!"